Warning: Use of undefined constant menu - assumed 'menu' (this will throw an Error in a future version of PHP) in /home/customer/www/wicklow200.ie/public_html/wp-content/themes/PB-Bootstrap-less-master/header.php on line 70

In the first of a regular series, we hear from riders who have ridden Ireland’s longest running mass participation bike ride. Here Stephen McNally shares his experience of the 1983 Wicklow 200. 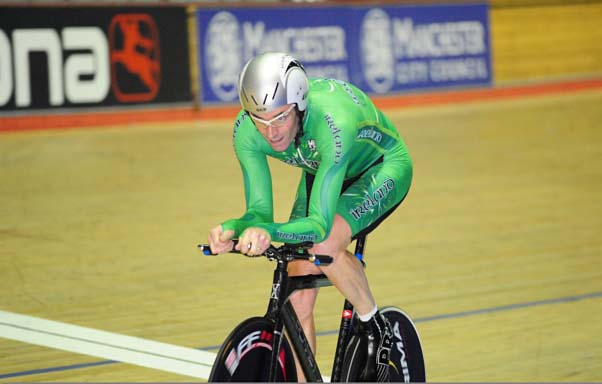 Stephen McNally is a lifelong cyclist who performed with distinction on the local racing scene as a junior and again in a more recent comeback to the sport.

McNally won a European Masters Pursuit gold medal in 2011 and finished second to Martyn Irvine in the Irish Senior Men’s Pursuit Championship, 26 years after he had won the same title on the same Sundrive Road track.

An IVCA member for many years, Stephen was still a callow youth when he first encountered the promoting organisation for Ireland’s toughest sportive. He has ridden the Wicklow 200 on several occasions over the years but none was more memorable than the first time he took on the challenge in the second running of the event in 1983.

Here is his Story:

“I had started cycling regularly in early 1982, a naive 15-year-old, tagging on the back of the Bray Wheelers club spins, under the guidance of Paddy Martin. I rode my bike as often as I could, sometimes with Bray and sometimes alone, or with my cousin Nobby who had also recently started cycling. Myself and Nobby, and other friends made several An Oige hostelling trips on our bikes during 1982, taking us all over Leinster and down as far as Cork… These trips have given me some of my fondest cycling memories.
“So when Nobby suggested that we should train for a cycling event called the Wicklow 200 in May 1983, I jumped at it. Even though we were only 15 and 16 at the time, our hostelling trips had us well trained for long distance cycling. 1983 was the second running of the Wicklow 200, and the route went over many of the Wicklow roads we were already very familiar with. We were really looking forward to it.

“As he lived closer to the starting location in Milltown, Dublin, I stayed at Nobby’s house the night beforehand. Disappointingly, we opened the curtains the following morning to be greeted by pouring rain. Worse again, it was forecast to rain for the entire day. Whether through youthful stubbornness or more likely naivety we didn’t give it much thought and hit the road. When we arrived in Milltown for the start already soaked to the skin there was a small group of people gathered at the start and we headed off without much delay.

“The finer details of the day itself and the exact route of the Wicklow 200 that year have faded a little but what is still crystal clear, 35 years later, is that it did not stop raining all day! We have an uncle living in Blessington, and we stopped there for an hour or two, for a hot dinner, and a chance to thaw out. I also have a memory of a couple of guys being lifted into the back of an ambulance at some point during the day, not after an accident, but because they were totally under-dressed, suffering with hypothermia, and needed urgent medical assistance. 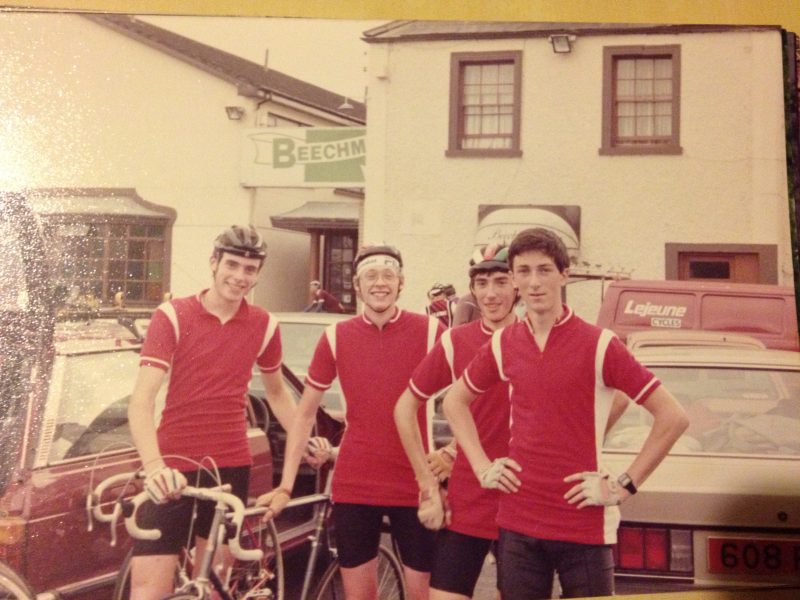 “I have another memory of the day, and that is huddling together in the doorway of a shop in some town or village towards the end of the route, sheltering from the rain. We’d both got the ‘knock’ at this stage. We had no food left so we dug into our soggy woollen jersey pockets for some money to buy food. We clubbed together a few pennies, and Nobby went in to the shop. He came out a few minutes later with a box of sugar cubes and we proceeded to scoff the entire box between us!

“In total, the entire event took us somewhere between 12 and 13 hours. After we got back to Milltown, we still had 8-10km to go back to Nobby’s house. We were like two shivering skeletons when we finally made it home. We were so cold we had to have our cycling clothes peeled off us. We sat in the kitchen, wrapped in blankets with our feet in basins of warm water drinking hot tea for ages before we felt any way normal. I remember my fingers were so aching and swollen afterwards, I was unable to properly hold a pen to write properly in school for several days…

“So that was my first Wicklow 200. Happy to report I have done several more since then. The event moved to its current June slot soon afterwards, and thankfully, although I’ve had many many tough times on the bike since then, I’ve never experienced anything like that first Wicklow 200!”

Ridden the Wicklow 200? We’d love to hear your story! Submit your story with photos to: wicklow200info@gmail.com

Manage Cookie Consent
To provide the best experiences, we use technologies like cookies to store and/or access device information. Consenting to these technologies will allow us to process data such as browsing behavior or unique IDs on this site. Not consenting or withdrawing consent, may adversely affect certain features and functions.
Manage options Manage services Manage vendors Read more about these purposes
View preferences
{title} {title} {title}